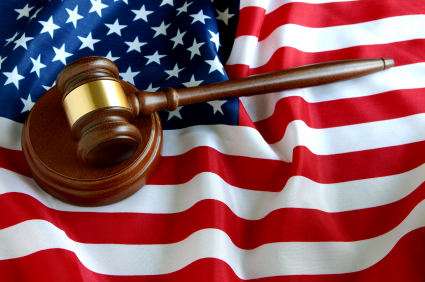 You might have heard about how U.S. Representative and incendiary quote factory Allen West–an early candidate for both Fool of the Year and Fool of the Decade honors–followed up his not-so-subtle claim that “78-81” Democratic congressional members are card-carrying members of the Communist Party with the equally untrue assessment that economic justice is un-American.

(There are roughly 78 members of the Congressional Progressive Caucus (CPC)–all Democrats.  Again, not subtle.)

What you might not have heard is that the supposedly-Communist CPC proposed a budget in March of this year (which they suspiciously named The People’s Budget–Uh-oh!).

Their budget is designed to eliminate the deficit by 2021–in fact, it creates a budget surplus, while preserving Medicare, Medicaid, and Social Security.

This is primarily done by cutting waste in defense spending, applying the Buffet Rule, taxing capital gains as regular income, and eliminating oil subsidies and corporate loopholes from the tax code.  Their budget enacts a public option for healthcare.  It fixes–REPEAT–fixes Social Security’s insolvency.  It invests US$1.45 trillion in job creation, education, clean energy, housing, and broadband infrastructure.  It promotes energy independence.  It eliminates emergency war funding which will help prevent presidents from going to war without congressional consent (as mandated by that pesky U.S. Constitution).

In short, this is a budget that is not only balanced, but saves money by reducing spending overall, eliminating waste, and moving us closer to a flat tax rate (for all but the very poor). It might sound made up but it’s not.  I got all this directly out of the actual budget proposal (which you can read here).

The CPC budget stands in stark contrast to the budget proposed by Rep. Paul Ryan which devastates social programs, imbalances the tax code even more in favor of the rich and large corporations, and in the end INCREASES the deficit by more than US$3 trillion.  Despite being denounced by religious leaders as “immoral” and “irresponsible,” the Republican majority in the House passed the Ryan Budget on March 29, 2012.

The CPC budget proposal was voted down the very same day, 78-346.  It barely managed a ripple in the national media.  And Allen West called them communists for proposing it.

(A bipartisan budget proposal incorporating ideas from both sides also went down in flames that day.)

West has been one of the louder voices in the cacophony denouncing social justice as socialism, communism, Marxism, Leninism, Maoism, hell, syllogism, and whatever other ism they think will get a rise out of people.

Much as socialism and capitalism have been locked hand-in-hand by our Constitution, so has liberty and justice (I’m pretty sure I heard that somewhere).   Before the Founders even got started with the particulars of how our newly formed nation would work, they made their intentions clear:

We the People of the United States, in Order to form a more perfect Union, establish Justice, insure domestic Tranquility, provide for the common defence, promote the general Welfare, and secure the Blessings of Liberty to ourselves and our Posterity, do ordain and establish this Constitution for the United States of America.

My glasses might be smudgy but I think justice is first.  Now obviously this isn’t a prioritized list but justice seems to at least be equally important as  the other things.  I hear so much talk of liberty being an American value.  Yet when many people say that they only mean economic liberty.  Oddly, many of these same people don’t interpret justice to include economic justice.

Communism dictates that an engineer and a janitor should earn the same income.  It’s ridiculous.  I’d be willing to bet that less than 0.01% of Americans believe anything remotely close to that.  What I believe, and I think many other Americans believe, is that a janitor should be able to put food on his family’s table and a roof over their heads.  That his kids should have access to a college education.  That no children should starve. That no one should die of untreated illnesses or exposure to the elements.

These are not radical assaults on American liberty.  They are American values that simply place a higher priority on justice.  There’s actually a reasonable argument to be made that economic justice  increases liberty because it allows more people the freedom to enjoy it.

Allen West’s type of partisan name-calling is usually just a means of deflection.  Unfortunately, so are the calls for a “change in the tone” of political discourse.  I disagree.  Our lives, our freedoms, our futures–and our children’s futures–are at stake.  We should be passionate about these things, so long as that passion doesn’t supersede truth and reason.

So it goes with liberty and justice, too.

Another of the innumerable reasons to get money out of politics.

You would think that in the debate over the pros and cons of privatizing things like Social Security, healthcare, and the education system, examples like this would get brought up for consideration.  Of course, both sides are bought out so there is no debate.  The money ALWAYS wins. 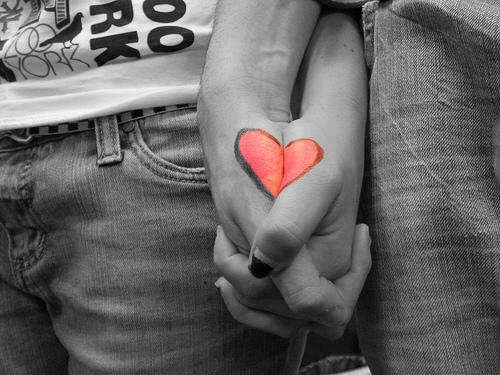 I’m starting to realize that the reason I started blogging is to define things.  Terms get thrown around in the media as if we’re all in agreement on their definition.  But these terms are interpretive.  Instead of real understanding we’re left with presumption, oversimplification, and gross generalization.  It’s pretty easy to get caught up in the rhetoric.  Next thing you know you’re wasting your time battling propaganda and false arguments and the point gets lost.

Of course, obfuscation is the point more often than not.  Modern discourse in America isn’t about trying to solve the momentous problems we face.  It’s about playing politics.  We’ve been programmed to forswear actual debate and instead respond to sound bites.  Job Creators.  Pro Choice.  Family Values.  We hear the cues and infer the rest.

For example, the reason I started writing this particular blog was to rail against the privatization of our prison system (based on a story I saw on The Young Turks).  I feel strongly that our prison system should remain socialized.  But I kept feeling like I already lost the argument because I was talking about socialism, a word whose very mention opens me up to ad hominem attacks from the right and abandonment from everyone except the far left(many of whom are, in fact, socialists).  Never mind the fact that police, firefighters, teachers, and soldiers are all forms of it, the common argument is that socialism somehow destroys capitalism.  It failed in the Soviet Union; it’s failing in Europe; and it will fail here.  Socialism is un-American and by proxy, I am un-American for proposing it.

Socialism is automatically condemned as a hammock for the weak and lazy…as capitalism is worshiped as an almost biblical virtue.  In reality, neither is inherently good or bad.  They are simply economic systems.  Both have a variety of interpretations, manifestations, and specifics.  The good and bad is derived from their application.

So what do I mean when I say socialism and capitalism?

Capitalism is not morality.  However, it has proven to be the most effective way to cultivate resources and equitably distribute the goods and services needed to drive the economy and  meet the needs of the population.  It generates profits by rewarding ingenuity, invention, and hard work (and luck).  Markets are vicissitudinous.  Private enterprise can be very nimble.  Governments generally plod.  Capitalism is the most logical and natural economic system for the overwhelming majority of market needs.

However, there are times when need for a good or service supersedes the profit that can be gained by providing it.  We can probably all agree that it’s better for our military to be controlled by our representative government than by private corporations.  It’s better not to need a credit card or account number when we call 9-1-1 to report a crime. And it is in the interests of our nation as a whole not to task Microsoft with educating our children.

Corporations aren’t necessarily malicious.  (Inherently, they are amoral, and free to decide how they will conduct themselves.)  But their main priority isn’t determining what’s in the best interests of the people they serve; it’s making money.

That’s where the argument lies.  It’s not a battle about whether or not capitalism or socialism can work as a philosophy.  Both have examples of success and failure.  Besides, I agree that capitalism is almost always the better choice.  Nor is it a battle for the country’s soul.  Capitalism and socialism have always been a part of America’s composition.

The U.S. Constitution establishes the government’s responsibility for raising and maintaining a military, building roads, and delivering post.  All are Constitutionally established socialized institutions.  So the un-American argument about socialism is fiction.  There are socialist institutions at our very core.  Socialism and capitalism can coexist in the same economy and have since our nation’s inception.  It’s a marriage that has lasted for two hundred and twenty-three years and looks highly likely to reach its tricentennial.

With the dogmas removed, the philosophical questions become simple.

The devil is obviously in the details, but these are some of the real questions surrounding socialism and capitalism that can lead to real answers (and ultimately, real solutions) to our nation’s problems.