I always feel like every Brit rock band is doing some version of U2, Radiohead, or the Beatles.

It’s no different with the now defunct group The Servant, who I got introduced to with the music for Sin City. I think their overall sound definitely hovers around that Beatles/Oasis landscape–without being derivative.  What lead singer Dan Black lacks in lyrical deftness he more than makes up for with creativity and presence.

In the end, I’m a sap and they’ve got some great, twangy, singalong type stuff. I wish they were still making music. 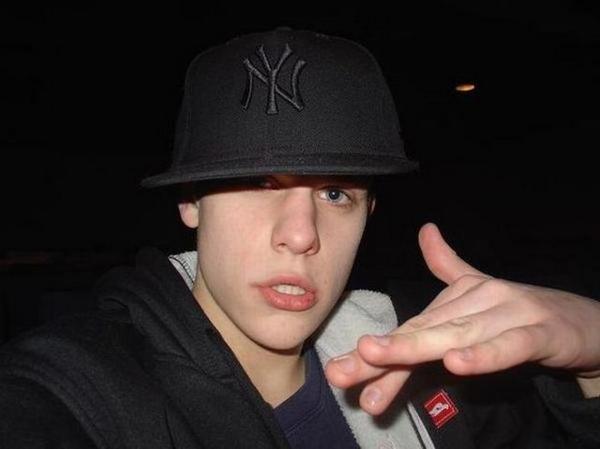 Forgive me, this is gonna ramble a bit.

What do you call a black person who likes Mos Def as much as Coldplay and Loreena McKinnett as much as Metallica?

Well, then what do you call a black person who has as many white friends as black friends (more, in fact)?  Who is heterosexual, but pro-gay rights?  Who uses words like avuncular and knows what an interdental fricative is, thoroughly?  What about a black person who has been called both a nigger by white people and a sellout by black people?

The answer is an Afro-Saxon–which is an innocuous way of calling someone an Oreo cookie.  Still, among the litany of  terminological mash-ups, Afro-Saxon is an all time great.  It just rolls off the tongue.  It’s meaning is clear and free from judgement.

It also best describes me, as I fit every last one of the above descriptors.

In these post-racialist times (which began–officially–Novermber 4, 2008) such cultural crossover is becoming the norm.  The walls of the old ways are coming down to reveal unimaginable spectacles before expanding horizons.

It’s a bold new world my friends, filled with wiggers, tweecanos, 1.5Gs,and Cablanasians.  It’s a world of N.R.A. Buddhists and preachers in flip flops, where a Mexican family goes out for sushi rolls, and Indian women wear green saris for St. Patrick’s Day.

It is a world well on its way to Dr. King’s Utopia.

I’m just not sure I’m ready for it.

Dealing with my own otherness is easy.

I’m a spiritual atheist (whatever that is).  I don’t get Tyler Perry.

I think Spike Lee is waaaay overrated.  I’m not a huge proponent of affirmative action.

If I could be anywhere in the world right now it would be Strommness, Orkney (until I went stark raving from all the nothing to do).

I think the best MC on the planet is Black Thought from The Roots.   I also love Brit rock (c’mon, The Servant?  Bloc Party?  Placebo??).  I prefer Zofia Kilanowicz’ rendition of Henryk Gorecki’s Symphony No. 3 to the more popular version by Dawn Upshaw.

I want a political revolution.  I want equality for everyone.  I demand social justice.  I don’t think white people are any more or less racialist than any other ethnic group.

This is life as an Afro-Saxon.

It might not seem like much, but remember, I’ve been called a a sellout because of the way that I talk, the places I’ve lived, the music I listen to, and the friends I keep.  It’s easy to dismiss now, but as a grade-schooler transplanted from halfway across the country (twice–from new York to Nebraska then from Nebraska to California) it can be devastating to your sense of identity.

I’m not what people expect when they see a 6’4″ black guy on approach.  People who’ve heard about me before meeting me invariably respond with an oh! or wow! upon address.  I think I do ultimately make a good impression judging by what people say to my face–of course that’s to my face.  But I’ve also seen people shrink when I gesture with my hands while talking. I’ve seen old ladies clutch their purses when I stand next to them.  Audacity.  I wish I had the stones to snatch even one of those purses, so I could see the look on the old bat’s face like , “Goddamnit! I knew it!”

Inevitably though, people get comfortable with me; I’m not the aggressive type.  I’m jovial, slow to anger, rational and reasonable.  Unless you’re a bred to the bone hatemonger, the guard eventually goes down.

Sadly, that’s when the racialist comes out.

“Can I touch your hair?” This hasn’t been a problem lately, but believe me, I’ve been asked that dozens of times.

More often, I either get asked some racially insensitive question about black people or get unwillingly subjected to an uninformed opinion about the short comings of my race, present company always excepted of course.  All are replete with racist stereotypes and gross generalizations.

People love to get that okay to be racialist.  I tend to find it comedic, though.  Racism is a funny thing; it’s an odd mix of anger, fear, and ignorance.

And that’s the problem when dealing with other people.  If you’re free to fit in anywhere, it’s hard to know where to fit in.

H.P. Lovecraft said, essentially, that he basest human emotion is fear and the basest fear is fear of the unknown.  Racism is a bastardization of that fear.  So, in essence, what keeps the deer alive in the wild keeps human beings from coming together to make a better world.  It echoes the line from Dylan Thomas poem:

The force that through the green fuse drives the flower is my destroyer.

I’m not any better. I haven’t gotten past the prejudices in my heart either.  Of course, we’re all bigots if you dig deep enough; some of us simply have more control over showing it.  Just because a black person doesn’t jump up in the middle of Eternal Sunshine of the Spotless Mind and proclaim it all “a bunch of pointless white bullshit,” doesn’t actually mean they weren’t thinking it.  Likewise, a white person who refrains from condemning each news story featuring Lil’ Wayne as “yet another display of rampant coonery,” isn’t necessarily above such a mindset.

It would be an uglier world if we spoke those thoughts.  But it would also be more honest.  Sure, they’re touchy subjects and they cut deep.  But I don’t consider any words or thoughts taboo.

Sometimes I wish we really could have a serious and frank airing of racial grievances.  Maybe if we just laid all our cards out on the table we could finally get to actual understanding.  But with the ignorance being actively fostered here in the United States, the only realistic outcome is a fistfight.  Best case scenario.

So, instead of navigating these long unsailed waters terrified because we can’t tell protruding rocks from shark fins, we tamp down our own natures and christen ourselves post-racialists–the very avant garde of open-mindedness–without ever actually confronting our demons.  It’s unearned enlightenment, which really means we’re just imagining things in the dark.  But boy, does it feel good!

It’s not hard to achieve.  In fact, there are 5 simple and surprisingly easy-to-follow rules to become a true post-racialist citizen of the world:

Okay, so it’s not exactly inspiring.  It’s the old hates with new names and new veneers.  But maybe the Afro-Saxon and the wigger are driving the new cultural norms.  The resolution of racism won’t come from a race war or scholastic philosophy.  It’ll come from YouTube and the blogosphere.  We can “olive out” the black and white.  America could be the new Mediterranean.

At the very least, it’ll do until something better comes along.

Or until Coldplay comes out with a bad album.